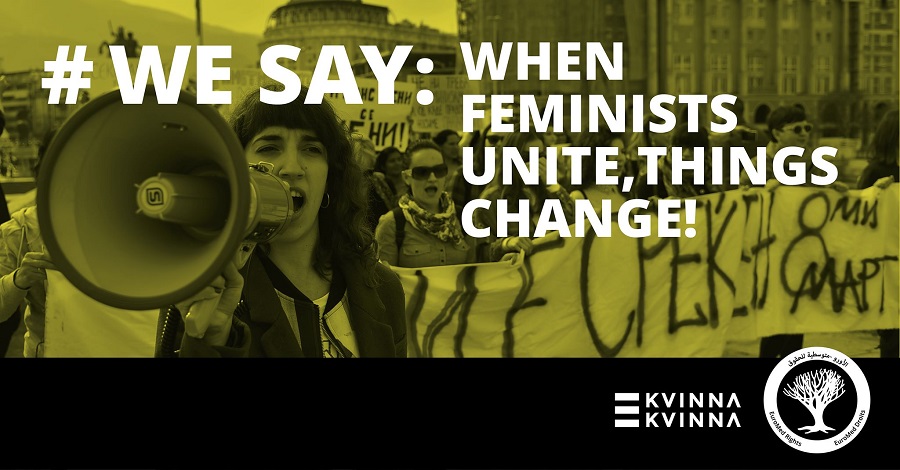 16 Days of Activism against Violence against women and girls. – “The Fierce and the Furious”

Within the global campaign 16 Days of Activism Against Violence against women and girls The Kvinna Till Kvinna Foundation and EuroMed Rights has developed a campaign called “The Fierce and the Furious”. Art and Community Center – Artpolis has joined by promoting the values and messages of this campaign.

Throughout the globe, we witness a backlash against gender equality. The main forces behind it are conservative, fundamentalist and nationalist groups and movements. At first glance, they are diverse. But their rejection of feminism and gender is strong enough to create a common ground.

The messages that were used on social networks were:

#WeSay: Equality is a beautiful tradition

#WeSay: Both men and women benefit from gender equality

“Feminism is only for the elite!” – #WeSay: Then why is it so loud in our streets?

#WeSay: Gender equality gives us the freedom to define who we want to be

#WeSay: Everyone is a victim of toxic masculinity

#WeSay: Gender equality is justice for all

Within this campaign The Kvinna Till Kvinna Foundation and EuroMed Rights have produced the paper “The Fierce and the Furious – Feminist Insights into the Anti-Gender Narratives and Movement” which can be downloaded here.