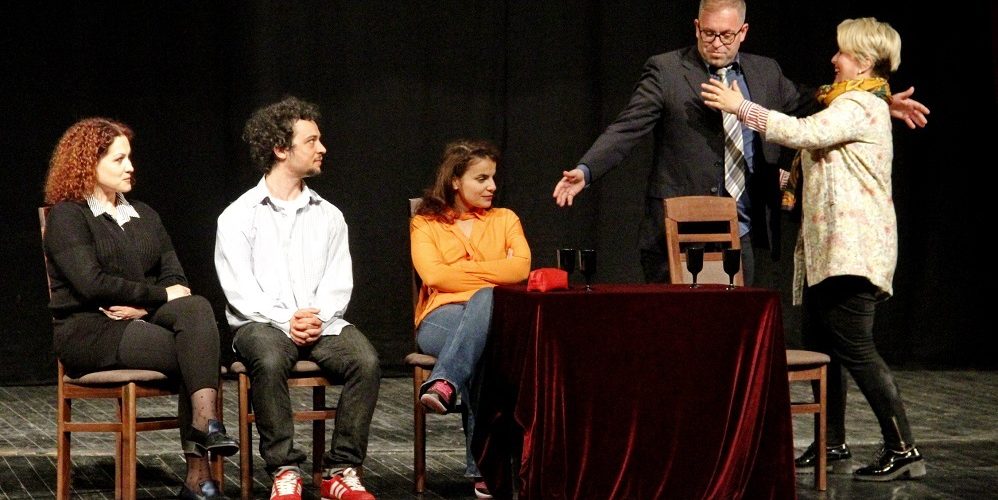 Forum Theater Performance “Stigma – Claim Your Right” on April 12, 2019 was presented to Gjakova’s audience, at the city theater “Hadi Shehu”, at 13:00.

The Gjakova public showed a high level of awareness during the debate after performance, asking questions and comments that gave full rights and support to the survivor of sexual violence during the Kosovo war.

Mrs. Mira (a character in the performance) has found the courage to return to her hometown in Kosovo after 20 years to get acquainted with Ana’s family, who is a girlfriend of her son Dreni. With emotions and mixed feelings, she faced a backward and prejudiced world. Disappointed as she was, because of the same mentality that reigned in Kosovo, strongly opposed Agron to let him know that she was a survivor of the war and never a victim, always proud while she never be humbled by the people who prejudice.

The performance with the message carried within the actor’s lines, broke through the participants minds as they became as one body while countered  against Agron, the antagonist of the play (actor Kushtrim Qerimi), to give courage Dreni and Ana, who were the youngsters in love (actors Gani Rrahmani and Qëndresa Kajtazi) and Mrs. Mira as well (actress Anisa Ismajli).

The audience of 200 people experienced the amazing emotions to be crowned with great applause and thanksgiving at the end of the play.

The performance “Stigma – Claim your rights” was supported by Medica Gjakova. 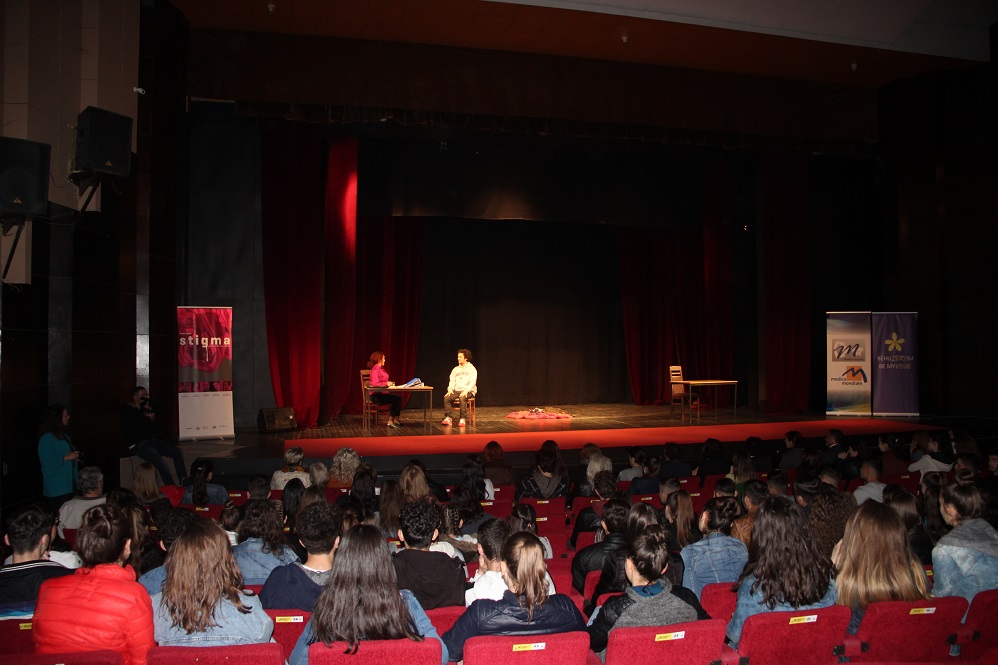 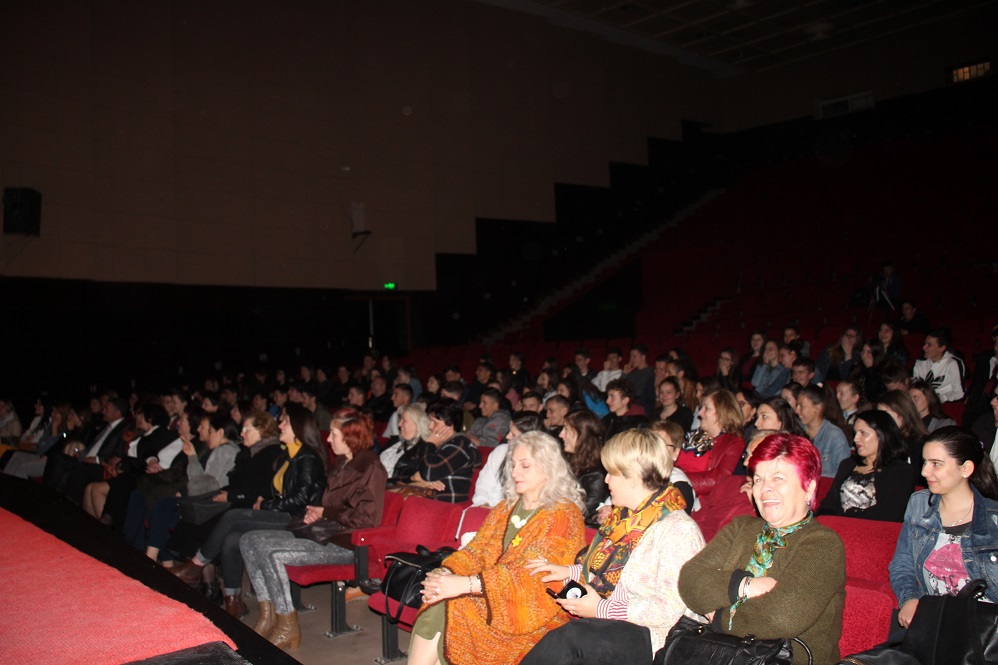 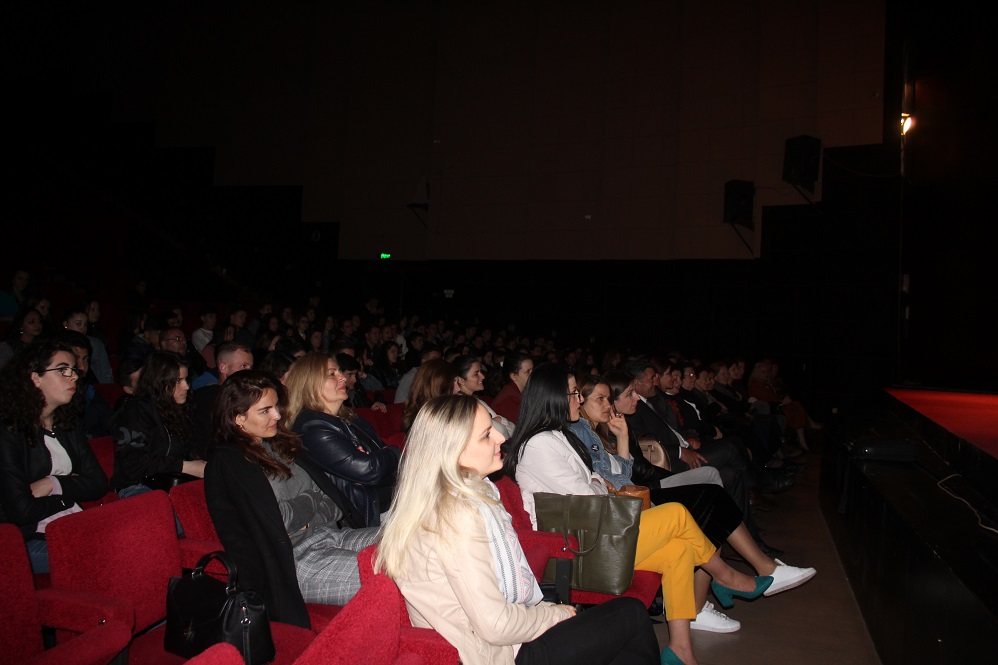 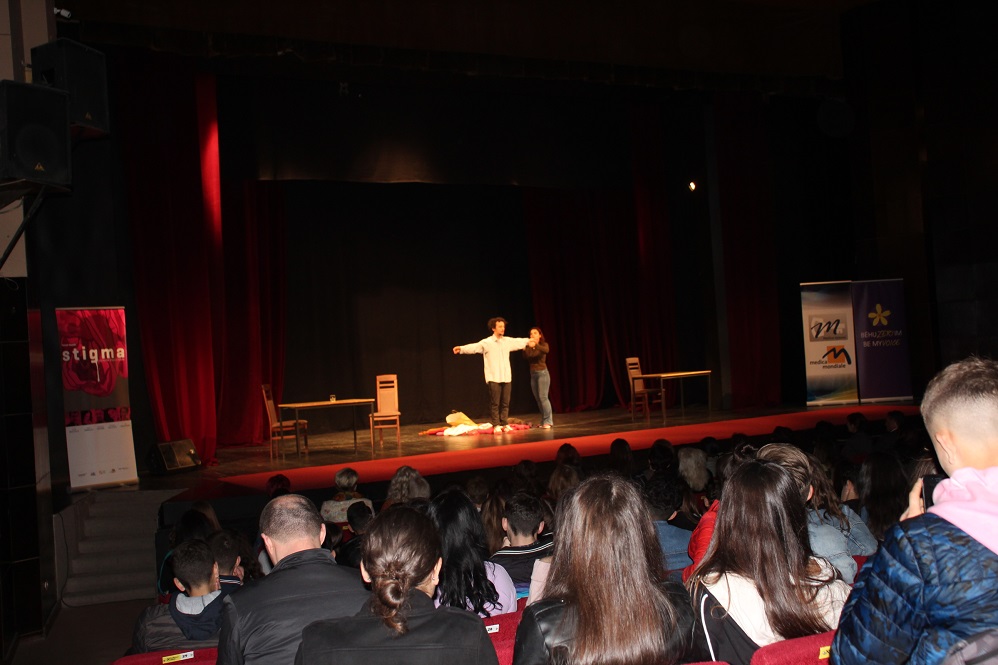 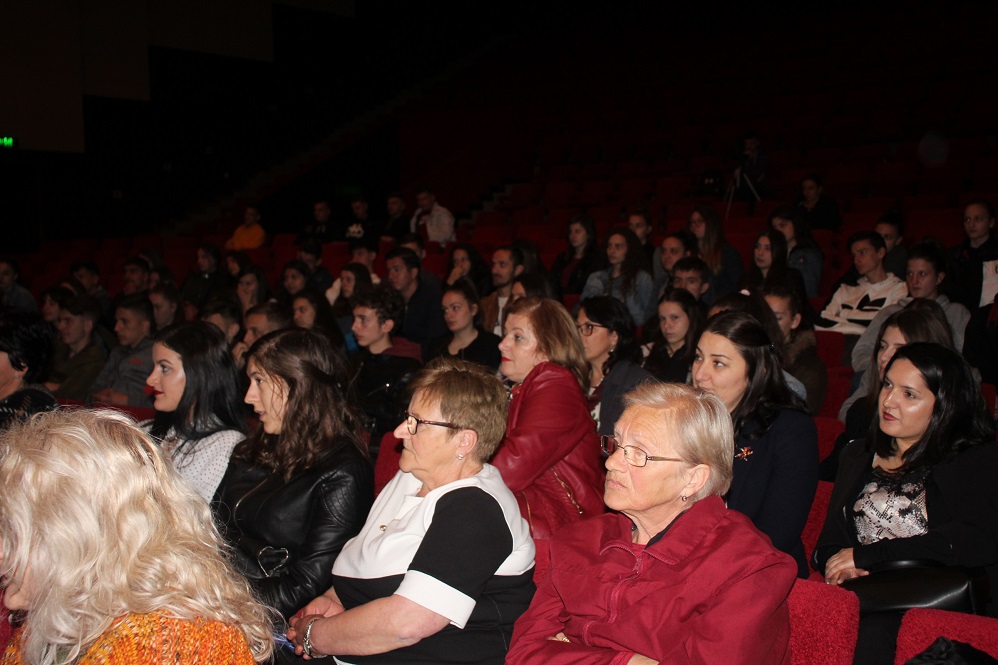 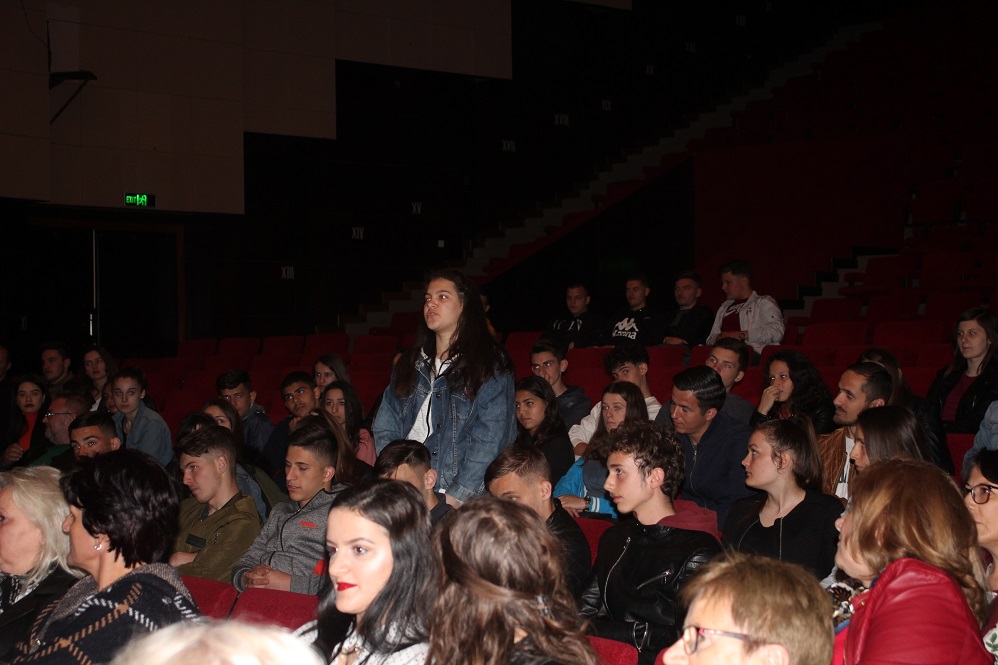 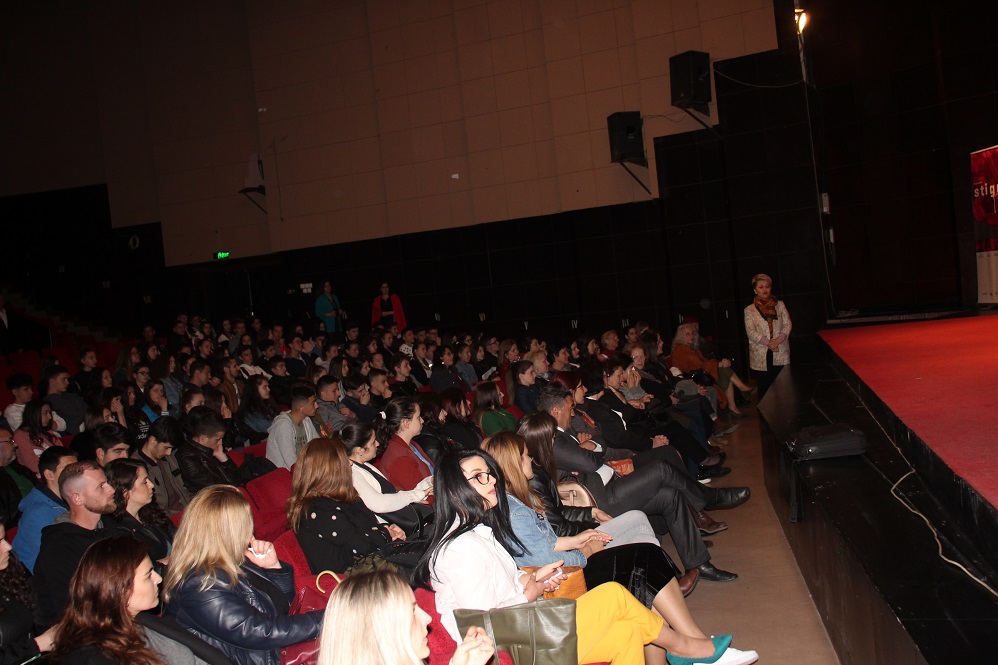 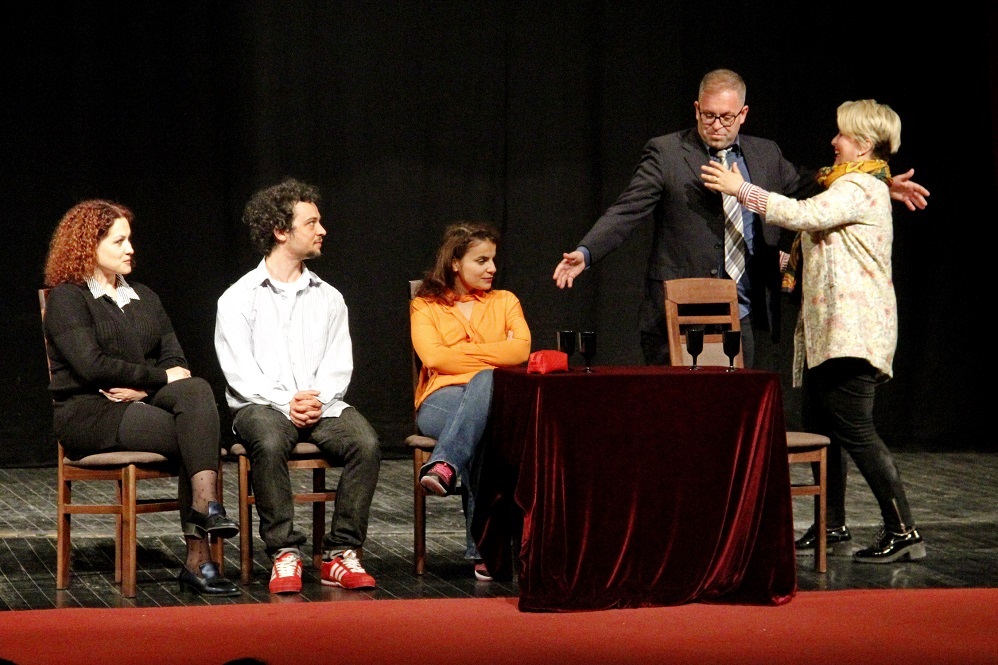 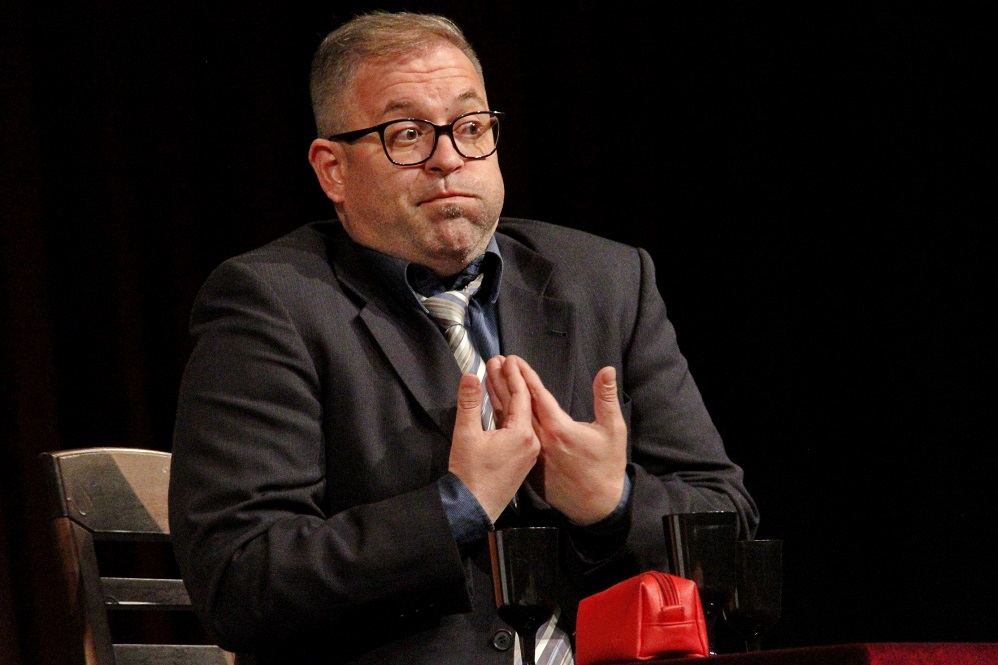 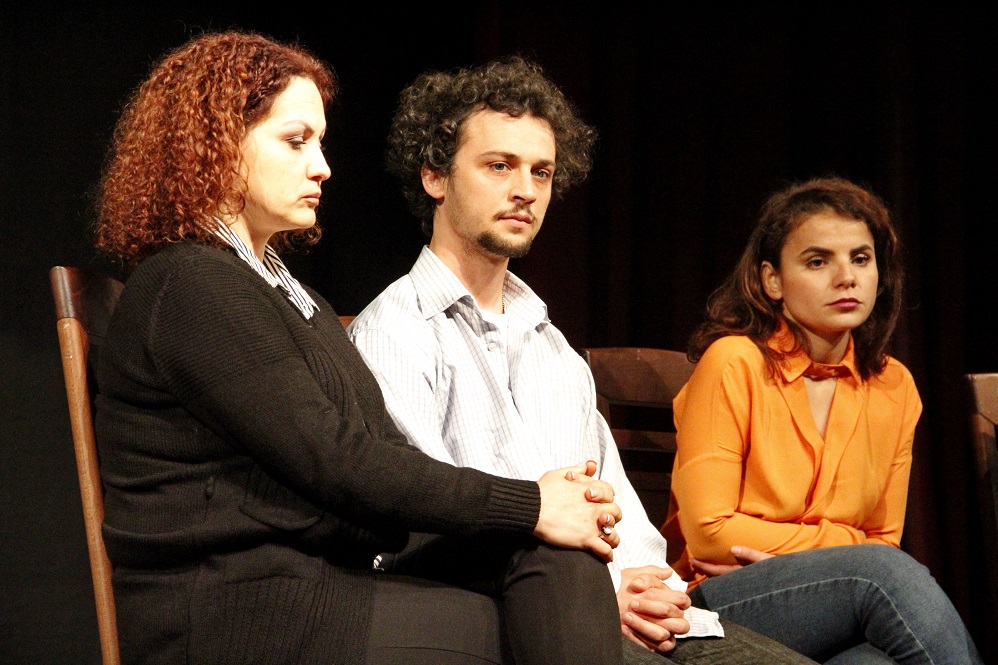 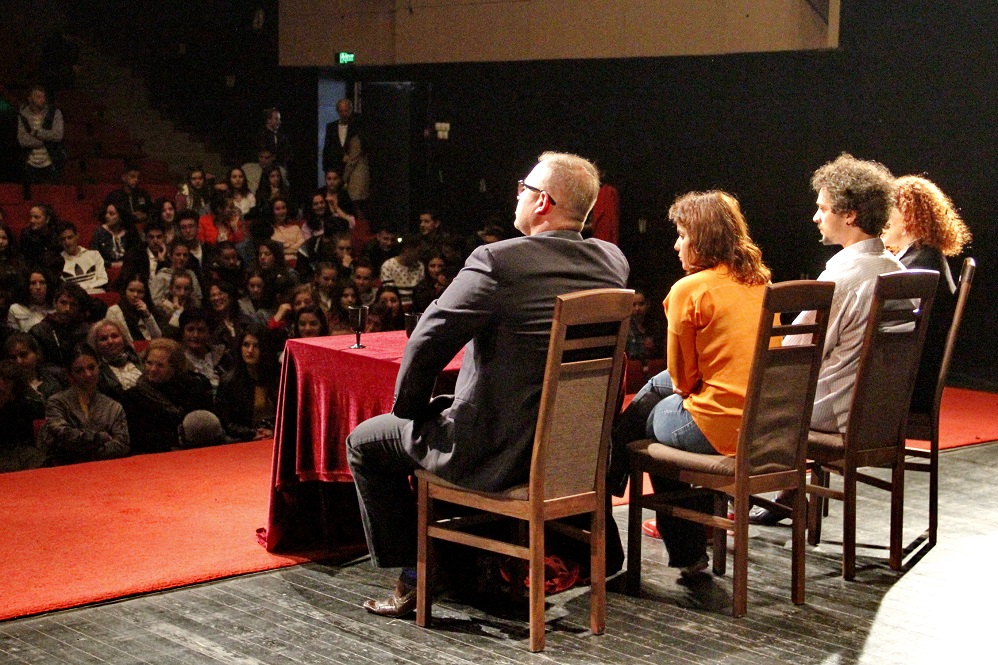 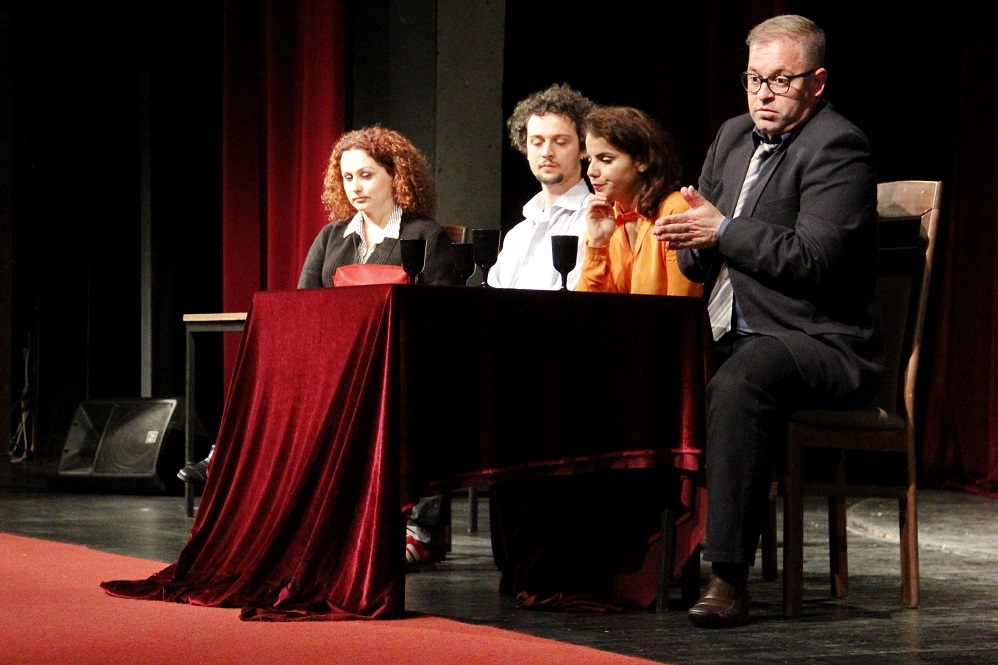 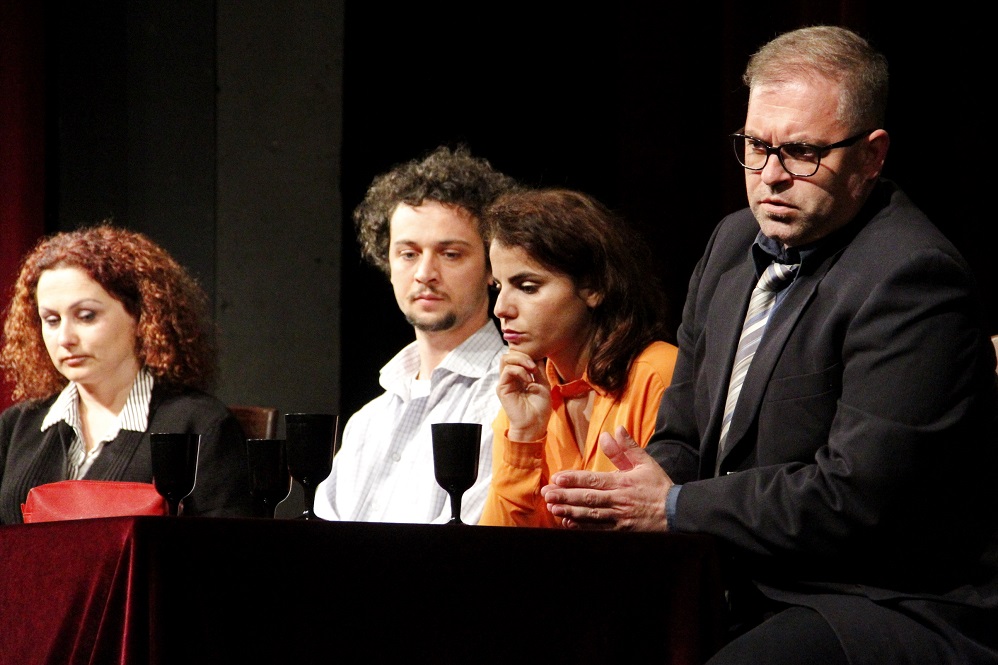 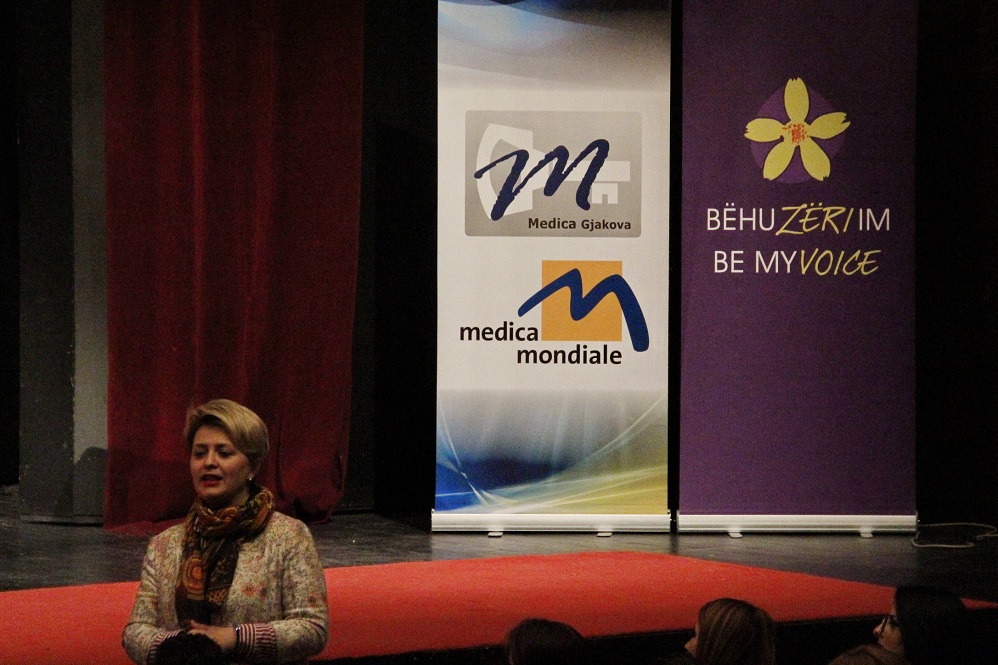 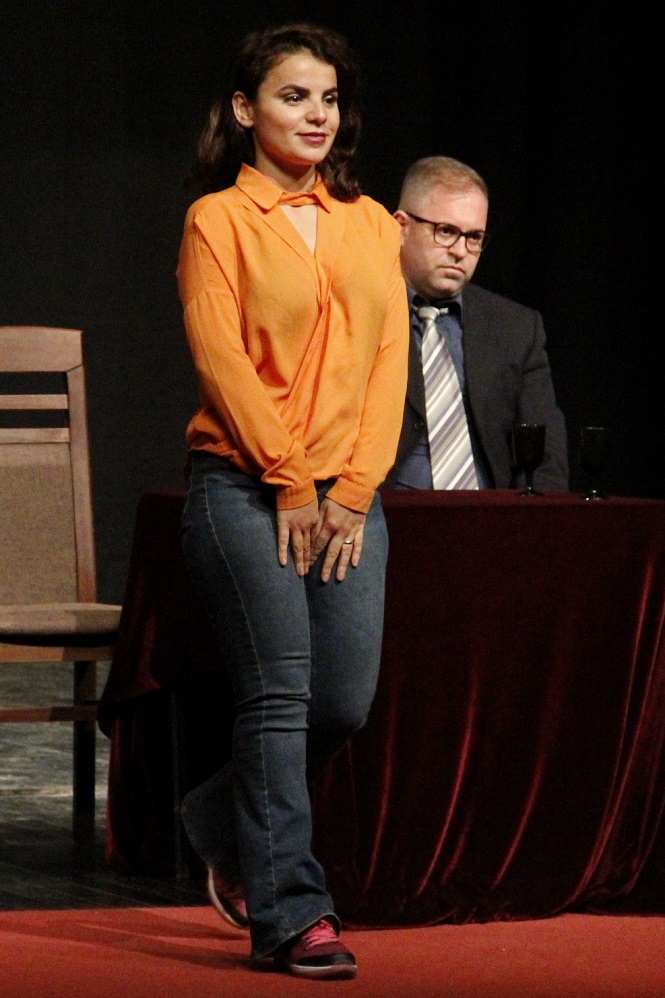 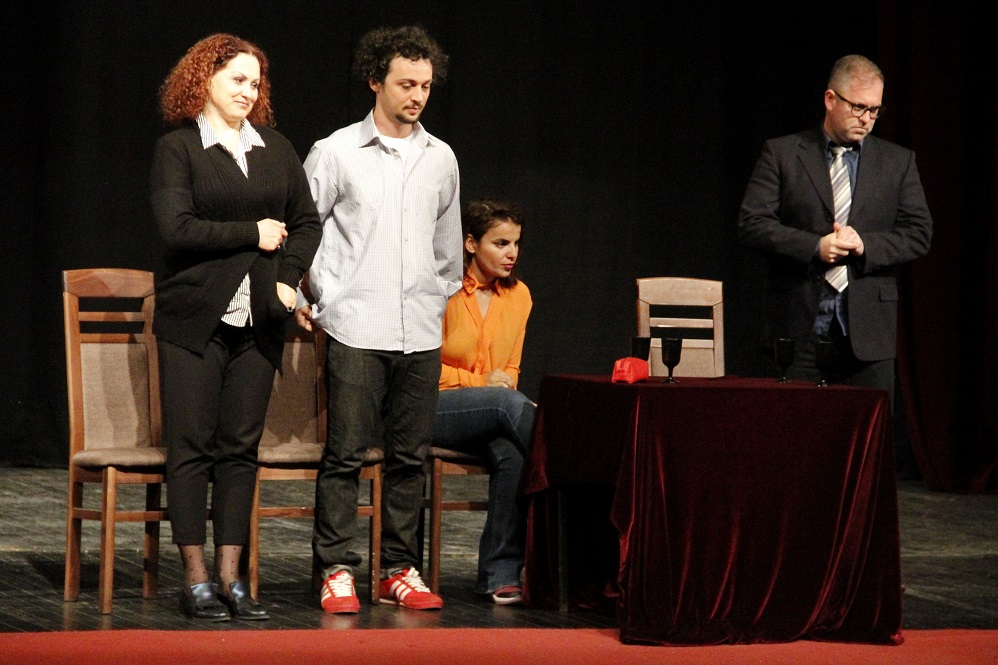