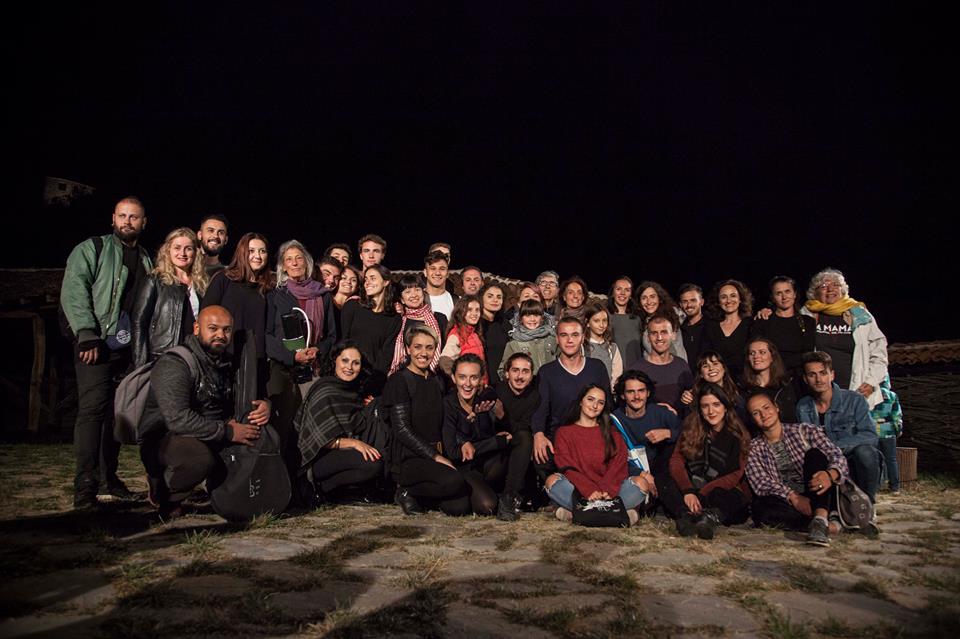 From August 28 to September 10, 2017 the artists of the La MaMa Theater in partnership with Artpolis Center, Oda Theater in Prishtina and the Kukaj Art Village have focused on building new artists ‘and artists’ capabilities in voice exploration , music and gestures, as well as using the text from La MaMa’s 1974 “Troubled” celebrity production.
About La Mama’s:
The experimental theater La Mama is dedicated to all artists / artists around the world. The theater was founded in 1961 by Ellen Stewart, traditionally known as the theater of all world cultures. La Mama has introduced more than 150,000 artists from all over the world to hundreds of different countries. Each year La Mama theater presents over 80 productions, while visiting 34,000 visitors of all ages. This theater supports everybody who creates art, giving you the opportunity for promotion and financial support.

About co-operation and project in Kosovo:
The “Trojanet” project is a performance arts program that deals with artist / artist and also communities that have been in conflict with or continue to be. The Trojanet project will deal directly with those communities that show interest in addressing contemporary issues using the power of the theater. The project is made up of the world-renowned La MaMa production titled “Trojanet”, which was created in 1974. This production will combine invented language and gestures by using them as a mechanism for exploration. This show is based on the 2500-year “Trojan” drama and its topics of war, relocation, violence against women, children and genocide.
The function of the theater for centuries has been to find a common cause and feel of mankind to create a better world. Its insight is unique in how actors and the public interact. The power of this special show has been demonstrated in presentations over the last 40 years and in more than 30 nations.

The Trojanet project is special because it uses a combination of workshops, evidence, presentations, dialogue and community awareness.

First Stage – 2-3 Weekly Meetings with the Project Team to Share a Non-Traditional Specific Performance approach with elements of music, movement, and Trojan’s history. This will be possible with the help of a group of participants that reflect the culture and social diversity of the area.

– The second phase – from a 5-6 week period of evidence and exploration will lead to the presentation of the show. The personal and cultural elements of the group with the material will be included in the production.

Third Stage – After leaving the La MaMa team at the end of the second phase, participants will be encouraged to use their previous lessons in creating adult performances and developing their work.

Fourth Stage – Continuous development of cross-cultural networks at the personal, local, national and international level, with artists and communities who have participated in Trojan.
During this workshop, the participants experimented with methods for voice enhancement and pure sound usage. They / They explored the gestures and body language. The artists came to learn the music and some of La MaMa’s production productions. The artists were also asked to expand the material by bringing songs, stories and movements from their personal experiences. Collaboration seemed like an ensemble, creating a space for discussions on the work process, the themes of the show as well as links to our personal lives. At the end of the first phase of the workshop, on September 9, a public presentation of the work was done in front of a guest audience at EtnoFest, making the audience enchanted by the beauty of antique art. A large number of artists and enthusiastic audiences managed to experience this catharsis and learn more about finalizing the show, which will be premiered at the FemArt festival.

Also, this project was quite collaborative and even brought the community closer, opened the doors during the workshop for all those interested who wanted to be part of this workshop, enabling many young people and young women to be part of the one-day dedicated workshop namely the latter. Simultaneously, the project “Trojanet” was active all over the social network with footage and with numerous announcements, and also managed to get the attention of all local media.