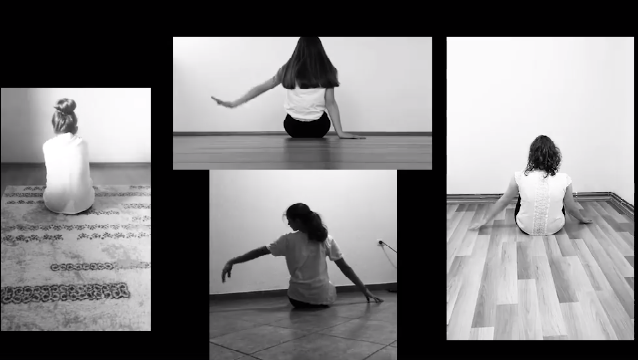 The project ArtEd – Growing through art in education enabled Artpolis to realize a dream: to create theater clubs in primary schools and through clubs to promote art, culture always advocating for human rights. This realization of this dream became a reality in the 20 champion schools of Kosovo, with the support of GIZ Kosovo, which included the municipalities: Prishtina, Podujeva, Obiliq, Prizren, Gjakova, Gjilan and Shtime.

These clubs with their members, pupils around 10 – 15 of grades 6-9, built their capacity through numerous trainings, primarily for theater and basic theater techniques, human rights, costume design , etc. The initial idea of the project was to create Forum Theater performances after the trainings and to perform in front of the school audience but also in front of the Prishtina audience by participating in the Youth Theater Festival. But, this was made impossible due to the situation with the pandemic.

Therefore, after various trainings and exercises from a distance with pupils of theater clubs, addressing certain topics, selected by the students themselves, the respective performances were created for those clubs to be recorded (recorded) live that we named Video dramas. Many creative ideas, laughter but also emotions were experienced during the shooting. There were challenges of various natures such as: poor internet, lack of electricity, inadequate equipment of pupils, etc. But, everything was overcome thanks to the will and commitment of everyone and so with the help of the mentors of theater clubs: Qëndresa Kajtazi, Daniela Markaj and Edlir Gashi.

The acting and all the student work in the video drama was presented on Facebook: Traveling Theater for Children and Youth through the Watch Party. The viewers of different categories virtually gathered, to follow these performances and to greet the young actors for their work and courage.
Video dramas were a great success because a large number of viewers and followers were created to pave the way for television media and portals to follow and publish on their sites.

“This project was organized by Artpolis – Art and Community Center, with the support of GIZ Kosovo on behalf of the German Government.”