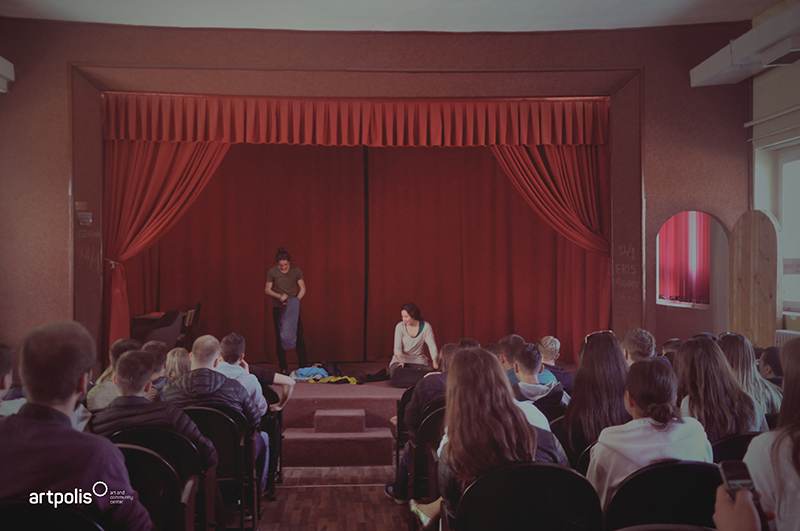 The Center for Art and Community – Artpolis within the project “Promotion of Private Sector Employment” supported by Swisscontact, organized the presentation of “HISJA” performance in four high schools in the municipality of Prishtina with the aim of addressing gender stereotypes , social norms and patriarchal traditions, also to encourage the change of existing attitudes towards women and girls.

Pupils from high school have shown great interest in property and inheritance rights, after about 40 minutes of discussion in each school. Throughout the discussion the students were very active, trying to change the characters’ attitudes, have multiple questions to the characters, and their worries were more or less similar.