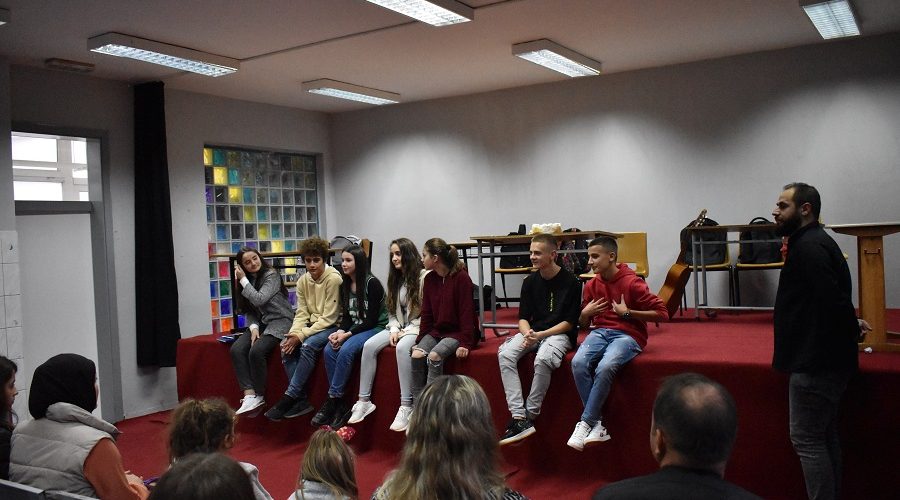 “Birthday” that showed the true face of friends

With a youthful energy and enthusiasm, the actors of this theater club, under the mentorship of Armend Zeqiri, brought to the public laughter, fun, songs, but also intrigue and resentment between friends through the play “Birthday”.

It all started with the cancellation of the trip to Prizren for Altin’s birthday. This is due to the financial situation caused by pandemic situation, while both his parents lost their jobs. When Altin begins to have financial problems, he also begins to realize his mistakes and bullying actions towards a classmate, who begins to help him. But, such a thing causes fierce clashes with his friends.

The cancellation of the trip to Prizren upsets Altin, however the new classmates gather and celebrate his birthday in the best possible way, but the party is over when his former friends enter the school, breaking his cake and leaving.

This clash aroused the interest of the public, who asked various questions to the characters about the change of friendship and the events that followed the cancellation of the birthday.