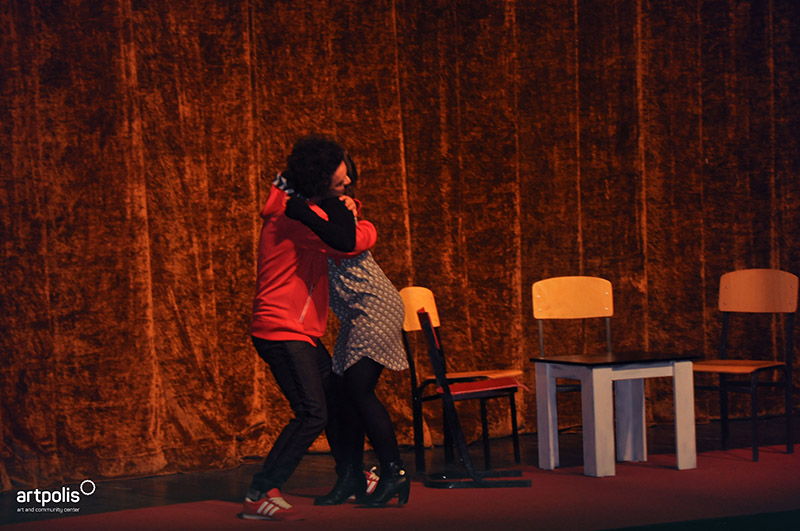 Within the 16 Days of Activism Against Gender-Based Violence, the Forum Theater performance “Stiigma – Search for Your Right” at the Hadi Shehu Theater in Gjakova Municipality.

The performance addresses a sensitive collective theme, a topic that has affected nearly every country out of conflict, any girl, woman or family who survived sexual violence. A story that never fell asleep in the minds of those who happened to be, a collective wage that has burdened men, women and children who have fired a community, and who are constantly seeking justice for all those who co-exist with this event.

The show managed to gather a diverse public, hundreds of guests, from civil society, representatives from institutions, activists, and students who made it possible to create an interactive forum at the end of the performance.

Many comments, questions and controversies about the role of the antagonist were heard everywhere in the theater, as well as support and courage for the survivors of sexual violence, at the same time the young man who was defending their love by fighting the superstitious mentality.