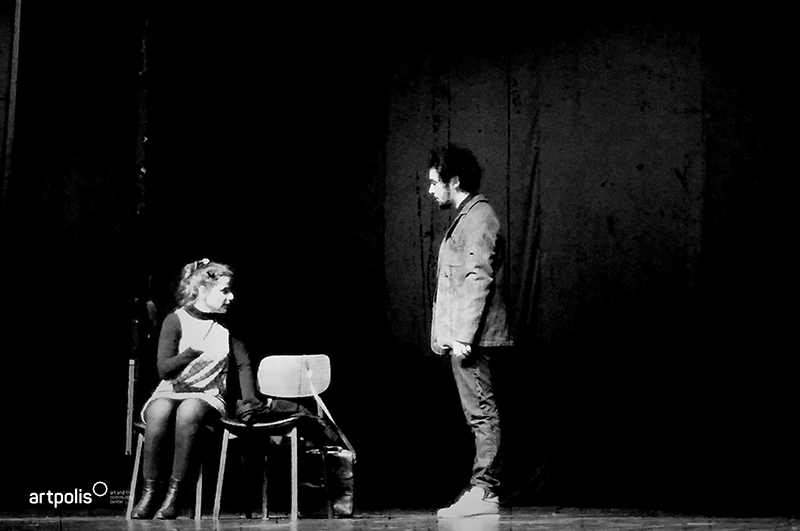 Forum Theater Performance “Stigma- Search for Your Right” dealing with a sensitive collective theme, a topic that has affected almost every country out of conflict, any girl, woman or family who survived sexual violence.

A story that never fell asleep in the minds of those who happened to be, a collective wage that has burdened men, women and children, who have fired a community and are constantly seeking justice for all those who co-operate with this event.

“Stigma – Search for Your Right” unfolds a family history of survivors of sexual violence during the last war in Kosovo and its confrontation with the stigmatization of society, in this case by a man who believes in justice when it comes to it, simultaneously condemning two young people who have joined in the name of love.

This performance is planned to be displayed in seven municipalities of Kosovo, of which three are already presented, such as: Lipjan – Lipjan Correctional Center for Youth and Women, Peja – City Theater “Istref Begolli” and Mitrovica – University of Mitrovica , Faculty of Education, and is expected to travel also to the cities of Gjilan, Prizren, Gjakova and Pristina.

An exciting show that is warmly welcomed by the public by joining young people and young people in the fight against discrimination, a show that has teased the public and has closely informed the phenomenon facing any war-torn country.

Synopsis: After discovering that her son Drena is in love with a girl from Pristina, Mira returns for the first time in Kosovo after the past 18 years in England. Though prepared to cope with the past, she is surprised by a planned meeting that takes a different course from the original goal.

This show was created under the project “Protection and promotion of human rights in Kosovo through active civil society”, an EU-funded project managed by the European Union Office in Kosovo under the European Instrument for Democracy and Human Rights, implemented by the Kosovo Institute for Policy Research and Development (KIPRED), the Group for Legal and Political Studies (GLPS) and Artpolis, in partnership with the Office of the People’s Advocate