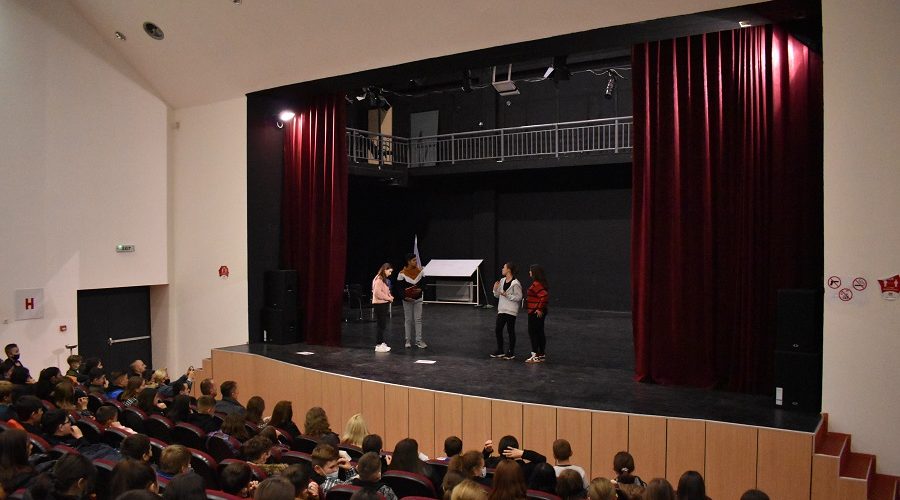 “Without dream”, theatre performance as a revolt against injustices

The theater club of the champion school “Emin Duraku” in Shtime on November 18 presented the theater forum play “Without dream” at the House of Culture.

But, it did not take long for their dreams to “fade” as someone else arbitrarily decides to send other students to these competitions, ignoring the minimum criteria. Students revolt over this, warning that they will protest.

After the performance, the students were determined to fight this injustice to the end, not allowing their dreams to be vanished by others.

“This project is organized by Artpolis – Art and Community Center, with the support of GIZ Kosovo on behalf of the German Government”.