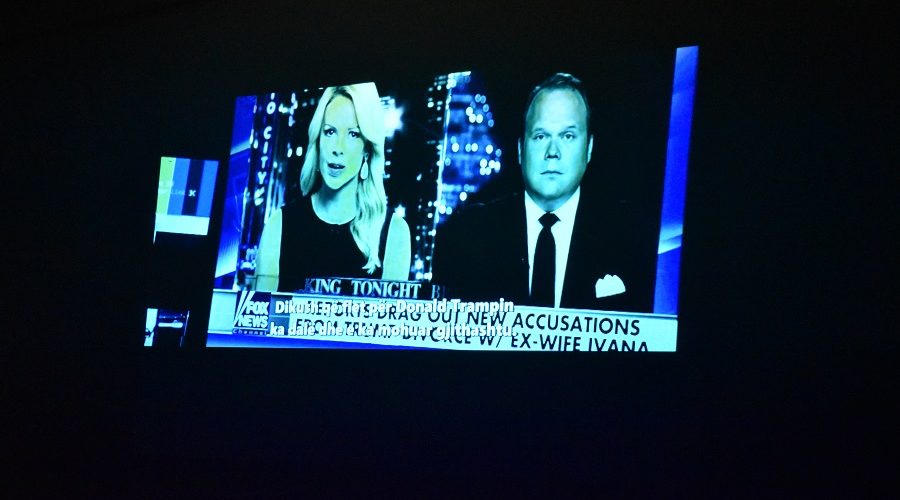 “Bombshell” is a narrative of sexual harassment in the workplace. The portrayal of women based on their sexuality, as well as the objectification of their bodies by powerful patriarchal men is an issue that needs to be addressed even more by society.

The participants at the Artpolis offices expressed their concerns about the high presence of sexual harassment at the University of Prishtina, and in our society.

The film is a good way to provoke discussion, and to present the views of young people on sexual harassment. We, as Artpolis, aim to use film as an educational tool more and more often. On Thursday, this journey restarted with students from the University of Prishtina. Our goal is to continue with the movie screening that address different themes and thus to open new horizons of feminist thought and action.

The movie night is organized by Artpolis within the project “Humanrightivism” supported by the Swedish International Development Cooperation Agency – Sida, implemented by the Community Development Fund – CDF.