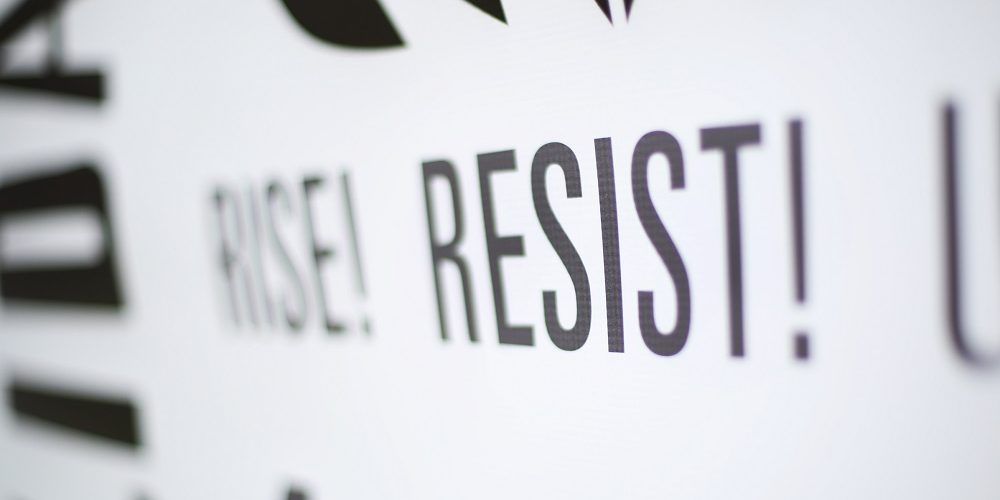 Even this year, the Center for Art and Community Artpolis, on February 14, 2019 in Zahir Pajaziti Square, within the global gampaign One Billion Rising, became host to the organization of this campaign by joins the world with the traditional dance of #OneBillionRising and accompanied by DJ Lilac music. Together we expressed our revolt and celebrated through dance and music to show the fact that we have not been defeated by daily this everyday violence towards women and girls.

“Today, for the 7th year in a row, we are rising that along with sexual and physical violence, to stop also the systematic violence in the economic, political, socio-cultural, environmental and ideological spheres. We urge you to join us in resistance and solidarity. Because this day and this upswing is no longer a campaign – it’s a way of life. “- was one of the numerous calls of speech at Zahir Pajaziti Square”.

We rise together to end: 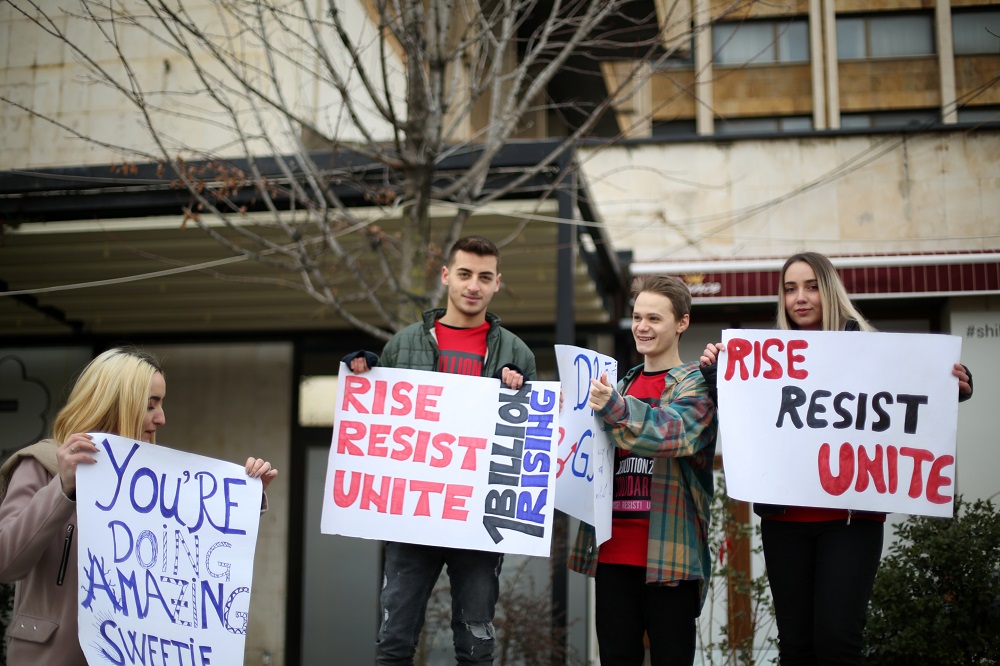 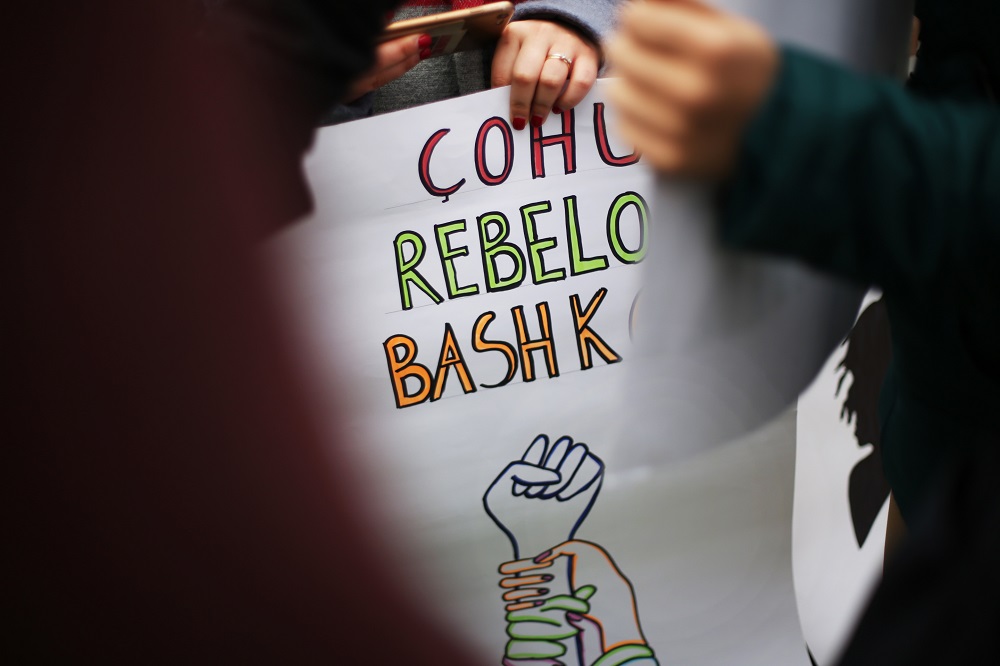 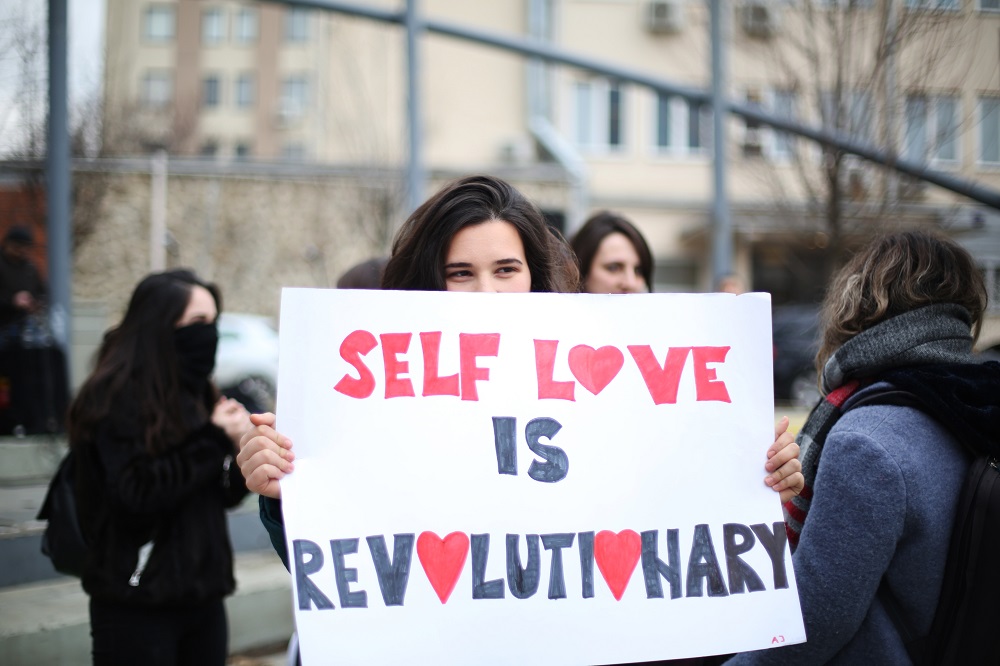 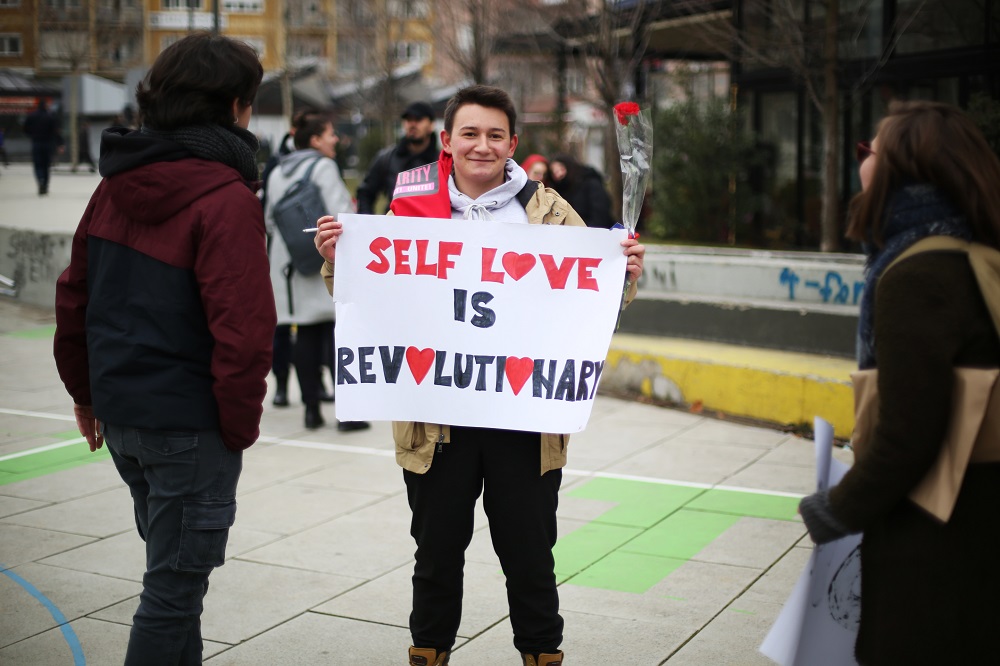 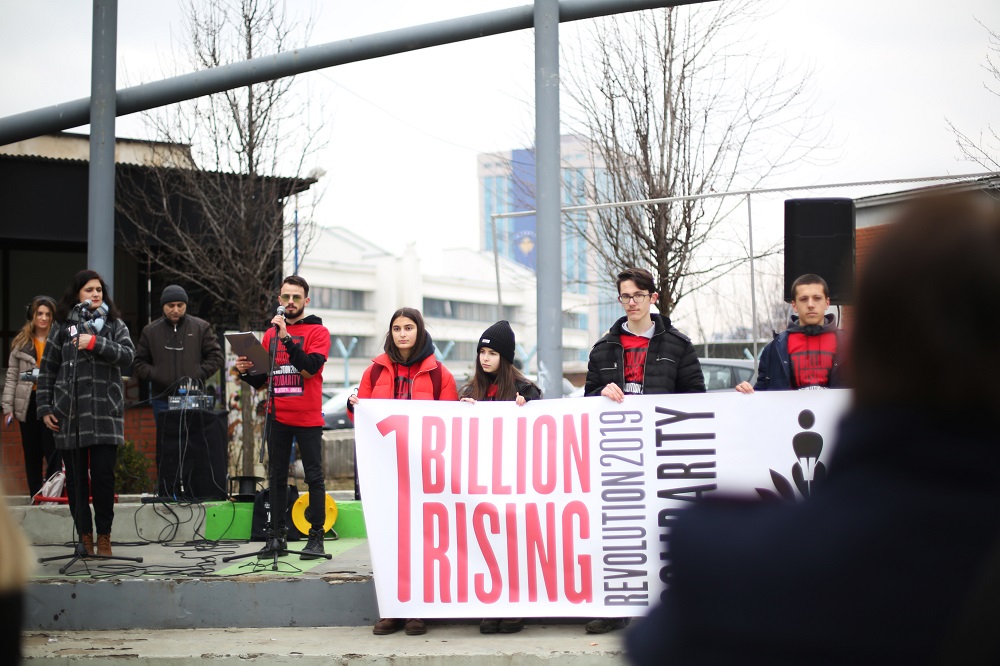 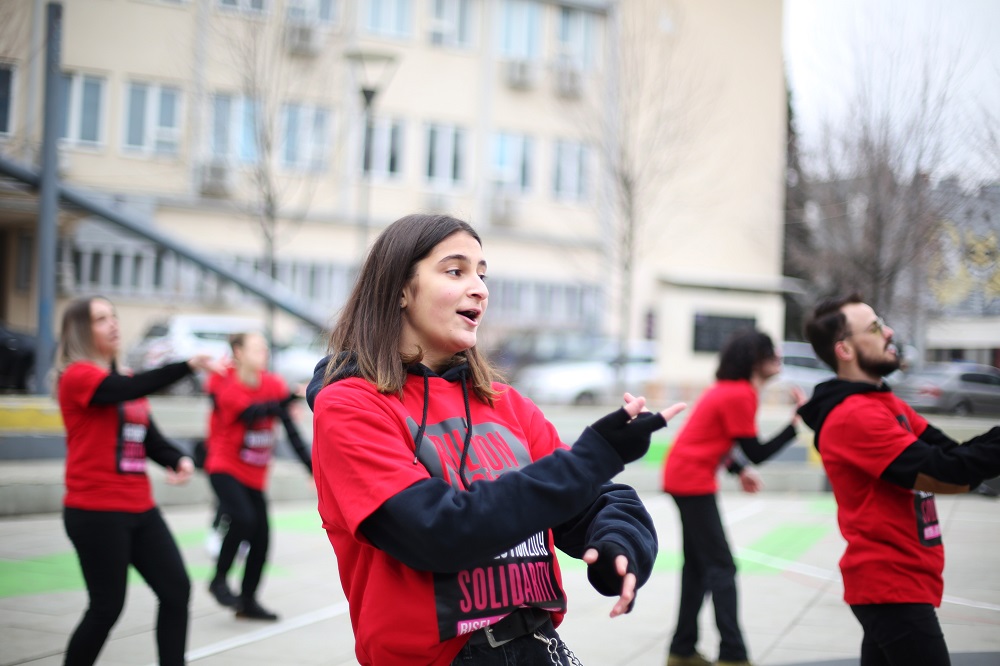 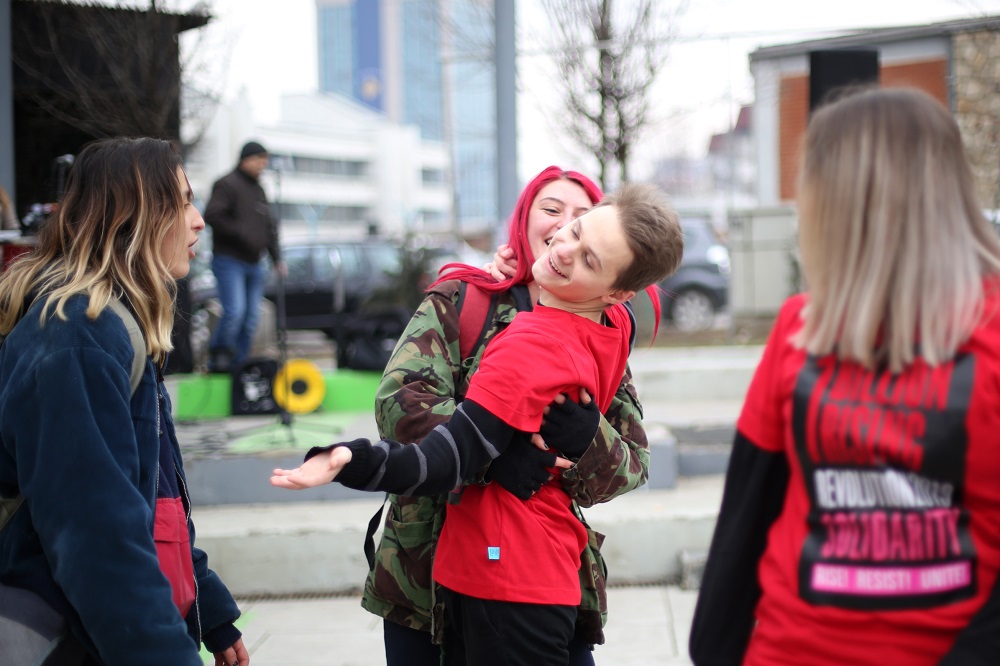 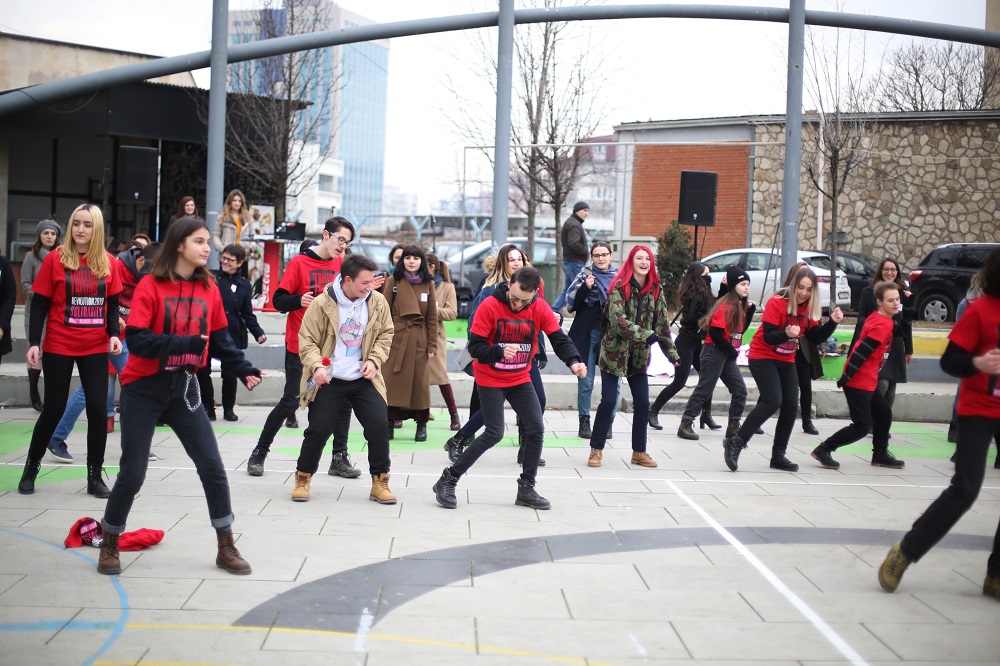 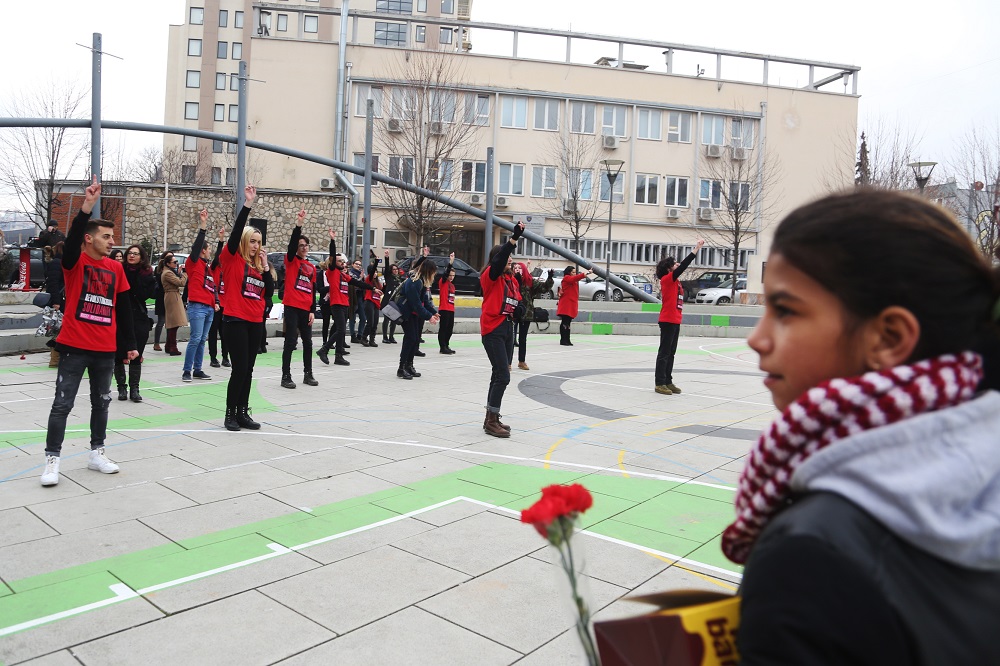 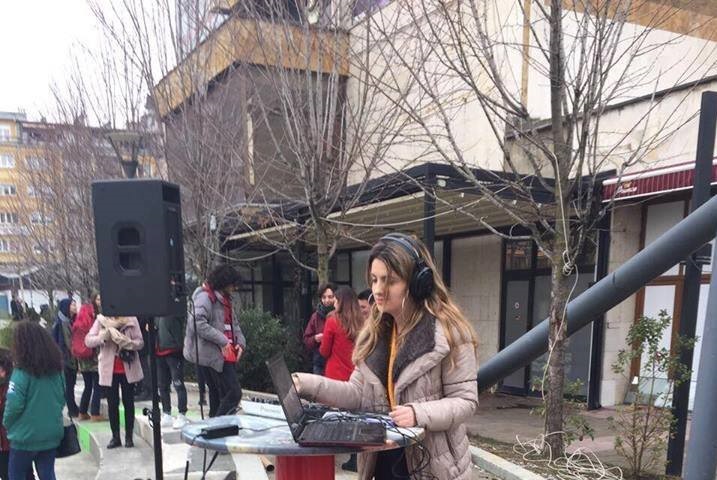