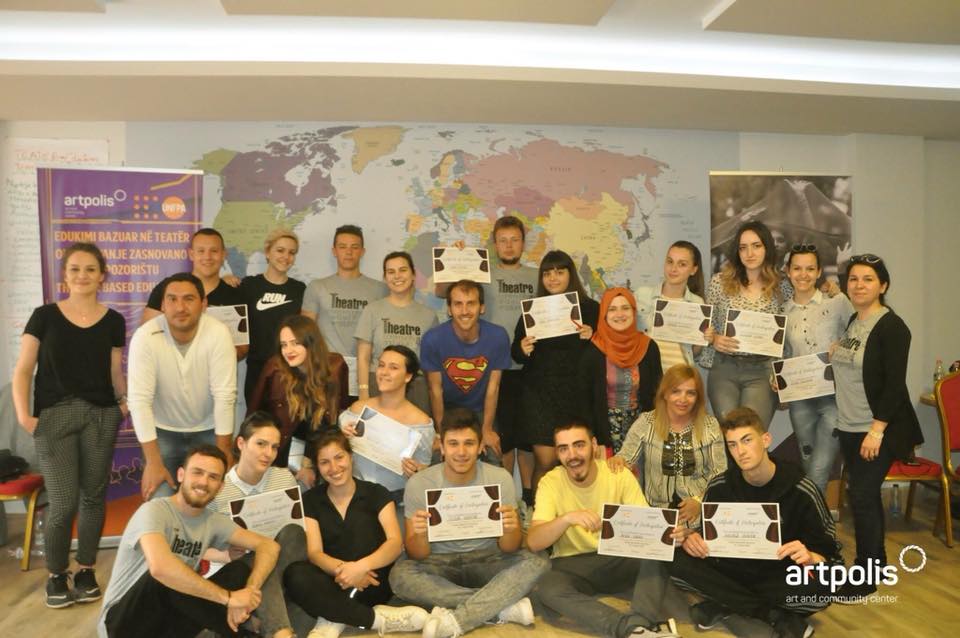 The Western Balkans remains a region dominated by patriarchal norms. The biggest challenge for improving gender equality remains changing the mentality of women and men towards traditional gender roles. Modern literature constantly identifies social attitudes as an obstacle to achieving gender equality. In search of problem solving we must focus on changing human attitudes and their behavioral implications. This is best done through education – expanding the ability of people to join in the spirit of co-operation, in an atmosphere where constructive learning from one another is widely accepted. There is a Chinese proverb that says: “Tell me, I’ll forget. Show me, I’ll remember. Involve me, I’ll understand.”

There is no discipline that nourishes and ignites the cognitive ability to imagine and which liberates creativity and cooperation more than arts and culture. Moreover, there is no method that breaks barriers, unites cultural differences and engages our common values more than theater. As an investment that connects us to one another, drives us into action and strengthens our ability to make collective choices, theater-based education is one of the most fantastic examples.

Artpolis is the first organization to open the door for theater-based education in Kosovo. Since 2006, for a total of 12 years, Artpolis has organized workshops of this kind at least twice a year. It is a training that is held with all Kosovo communities. This time it was held with Kosovo Albanian and Serbian communities. The trainers for this edition were the talented and highly energetic Lulzim Bucolli and Daniela Markaj. Oscar Wilde, one of England’s greatest playwrights and poets, is quoted as saying: “I regard the theatre as the greatest of all art forms, the most immediate way in which a human being can share with another the sense of what it is to be a human being.”

Theatrical plays have long been shown to have an impact on improving attitudes of young people about dangerous behaviors by presenting patterns of desired behaviors. One of the most important theorists and practitioners in the field of modern education was Paulo Freire. He supported education programs rooted in the reality of oppressed communities for the purpose of not just learning, but taking action to transform the injustices that operate in society.

Otherwise, Forum Theatre, widely used by different groups in different parts of the world, is a kind of innovative and powerful theater created by Augusto Boal as part of what he calls the “Theater of the Oppressed “. Boal created the Forum Theater as a forum to teach people how to change the world around them. The group observing the performance is encouraged to stop different actions when they think it is necessary and suggest another course of action. In other cases, the actors themselves can stop the action and seek help. This can be a great way to see how people react to different situations. Forum theaters and role play, based on real life stories, can be very effective in different situations. In this way, the audience transforms from spectators to ‘spect-actors’.

Efforts to address the root causes of gender-based violence and efforts to provide preventative approaches to these causes have been some of the goals in this edition of the theater-based education training. In addition, this workshop has provided the ideal space to enable community mobilization and enable discussions not only on gender-based violence, but also on building multiethnic peace and other sensitive issues affecting Kosovo. Theater-based education aims to establish theater in the service of ordinary people who want to identify solutions to various problems. And thus, theater-based education offers a space for informal learning. Psychologically it has been shown that informal education contributes to improving attitudes among young people not only towards others but also towards themselves. The training does not start and end at the same point. The young people who benefit from the workshop, will no doubt transfer their skills and experiences to their communities.