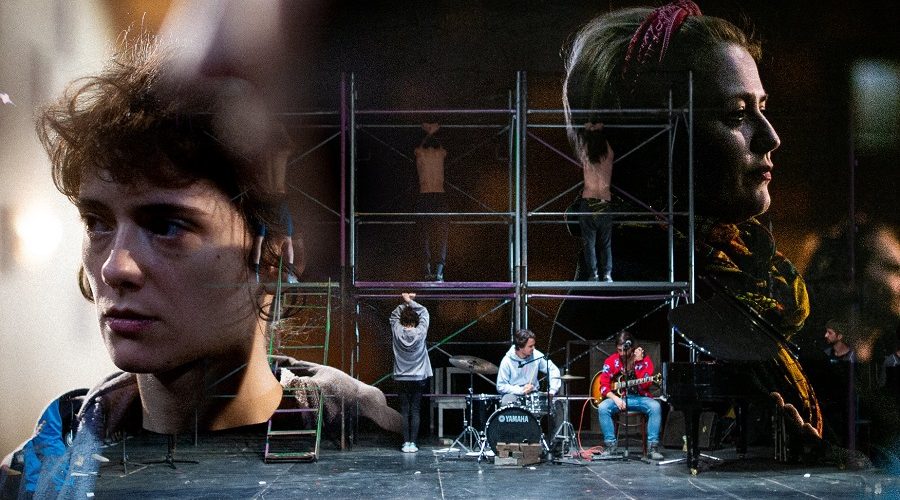 “Spring Awakening”- resumption of rehearsals on the National Theater stage

On the 19th march of 2020, the first premiere of this year was supposed to take place on stage, on the Kosovo’s National Theatre, “Spring Awakening”, directed by Zana Hoxha. But, because of the coronavirus, the team stopped the rehearsals on the theatre to continue online.

After two months of lockdown, on may 19th rehearsals resumed on the National Theatre of Kosovo’s stage. At first the rehearsals were held in small groups, with 3 actors and then, after the normalization of the situation and always respecting the rules of protection, the troupe of actors was completed. The National Theater stage began to breathe again into her daily life welcoming enthusiastic actors.

The adaptation of the text of “Spring Awakening” by Frank Wedekind and setting the scene in the 90’s in Kosovo, by the director Zana Hoxha, will undoubtedly be a beautiful and nostalgic experience for older audience.

While the younger audience will better understand the time of their parents and grandparents, worldviews, games, beliefs and difficulties that they had in Kosovo at that time.

The premiere of the play will be given on June 12, 2020, at the National Theater.