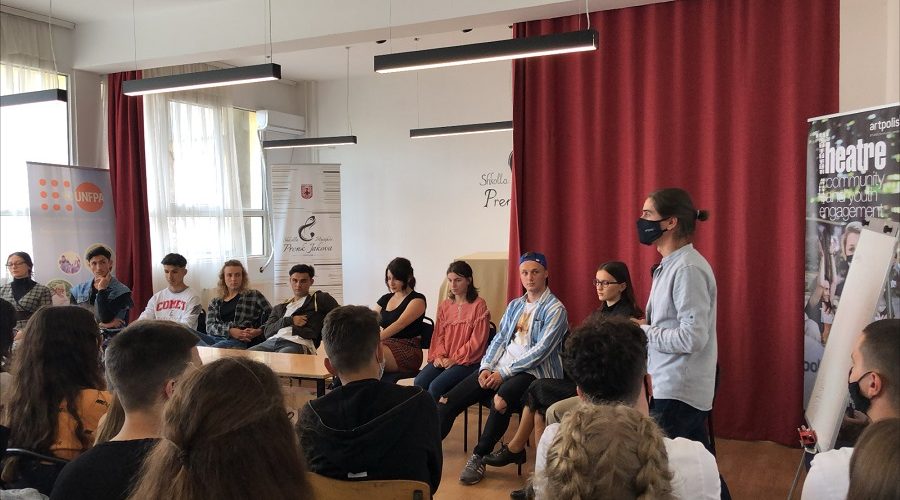 A group of young people, of different communities living in Kosovo, gathered to create a performance based on the knowledge they gained during the 3 day training: Theatre Based Education. Guided and directed by their trainer, the artist Edlir Gashi, in their performance the youngsters addressed very negative phenomena in our society, early marriages. “They were very open-minded, informed, energetic, and very hardworking and there was an excellent cooperation between them” – described the young group director of the performance.

The forum theatre youth performance “Unlived happiness” starts with the pupils of 10th grade, enjoying adolescence with its best and its problems. Among them is a student named Lira who is the best in her class, her life seems to be going well until one day it will take turns for the worse.
Actors: Arta Shaqiri, Arjana Gashi, Ardijan Krasniqi, Eli Vula, Habib Berisha, Dafina Bytyqi, Durim Ademaj, Goneta Ademaj, Burhan Ramadani, Veton Gashi.
Director & Facilitator: Edlir Gashi