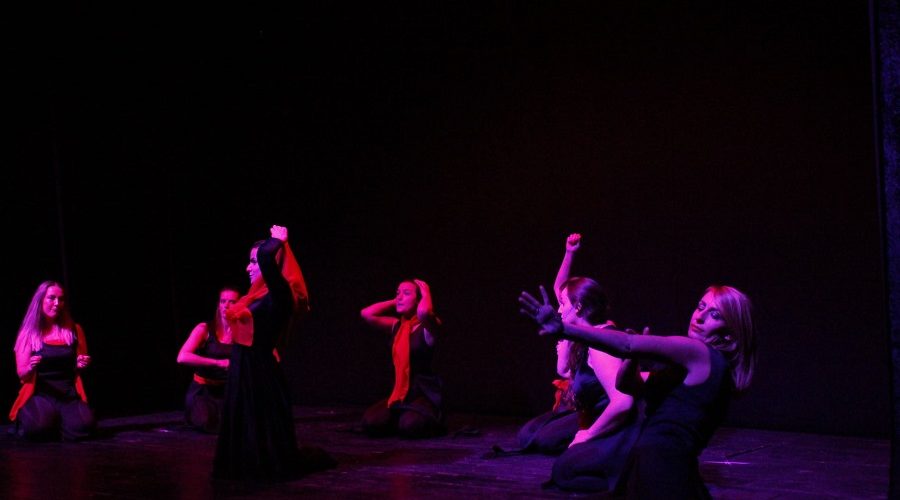 The performance “Woman’s Kanun” in Theater Festival, in Ferizaj

The “Woman’s Kanun” was the closing  performance of the Theater Festival in Ferizaj on the seventh and final night of the festival, in October the 27th, at Adriana Theater.

The world of women in our country was revealed through the traditional ritual of ‘girls Kanagjegj’ by dancing, singing, performing rites and texts taken from the Leke Dukagjini’s Kanun.

Her treatment by our so highlighted patriarchal society was performed emotionally and masterfully by actresses of the performance.

At the end, the audience’s applause to greet the performance and actresses was evidence of the emotional state the show had given them.