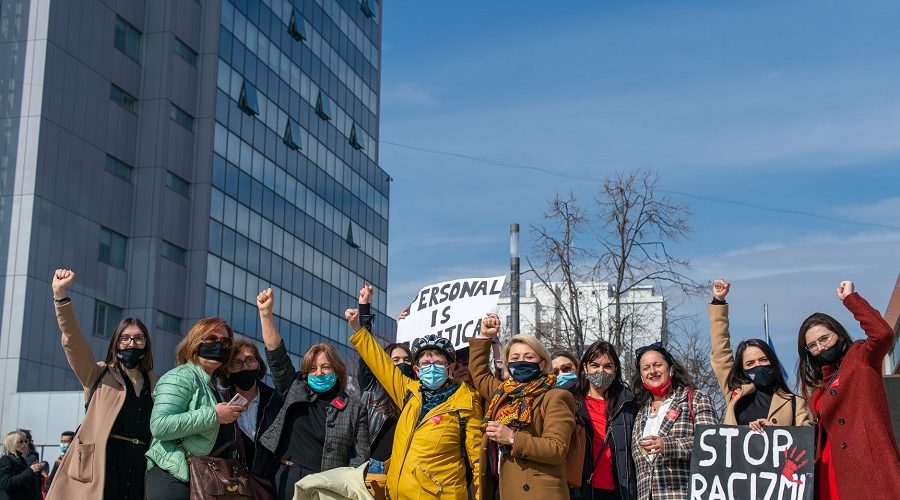 WE MARCH, WE DON’T CELEBRATE – AGAINST THE PATRIARCHY THAT KILLS – 2021

This year on March 8th, we will mark International Women’s Day by MARCHING AGAINST THE PATRIARCHY THAT KILLS. We marched because we didn’t want to celebrate while girls and women are being killed. Together we resist the patriarchy that continues to take the lives of many women in Kosovo. This 8th of March found us again revolted against the oppressive patriarchal system because it continues to be oppressive and murderous to women just because they are women!
Public institutions, private homes, windows and balconies were “decorated” with white sheets.  The streets were filled with placards and shouts of “We march, we do not celebrate”, “Patriarchate kills”, “How many lives are lost?”, “The personal is political!”, while the anthem of the march “Spring of Freedom” was sung with heart and power by the participants of the march.

This year, 13 other municipalities in Kosovo joined the march with symbolic actions, revealing white sheets written with calls against patriarchy. Together they found the strength to protest and raise their voices in the cities where they lived.