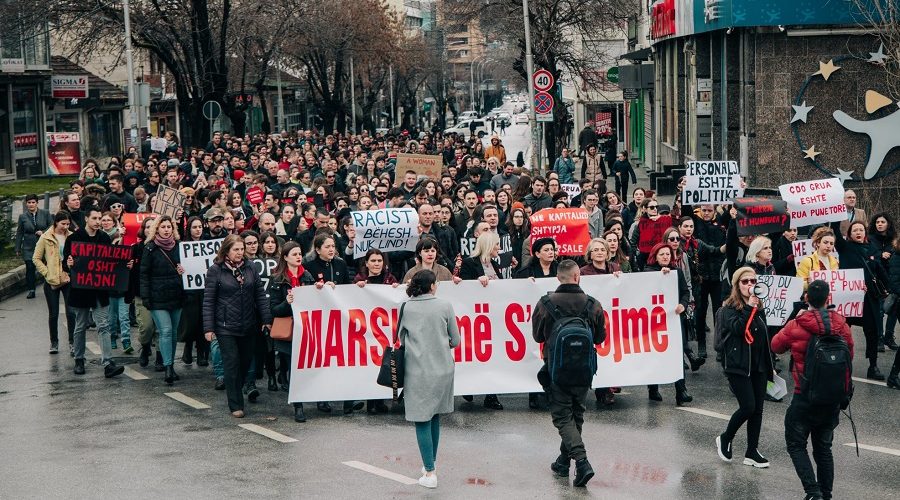 Women on Strike – We MARch, We Don’t Celebrate

Under the motto “Women on strike”, in support of “We march, We don’t celebrate”, on March 8, 2020, at 12:00 o’clock, on International Women’s Day, Art and Community Center – Artpolis marched across the streets in Prishtina and Ferizaj to protest against injustice towards women and inequality in society .

We stood united and demand gender and social justice in Kosovo while resisting and fighting the patriarchal system down to its dismantlement which oppresses and discriminates us every day.

On Sunday we were gathered at Zahir Pajaziti Square to march for social justice and gender equality, for a fair separation of the private and public sphere, for a dignified life without sexism, gender-based oppression, social and economic injustice. By Marching we deny and oppose all forms of injustice used against women.

On the 8th of March We United, Marched, Resisted and opposed this patriarchal system which is oppressive and unjust for the citizens of the Republic of Kosovo.