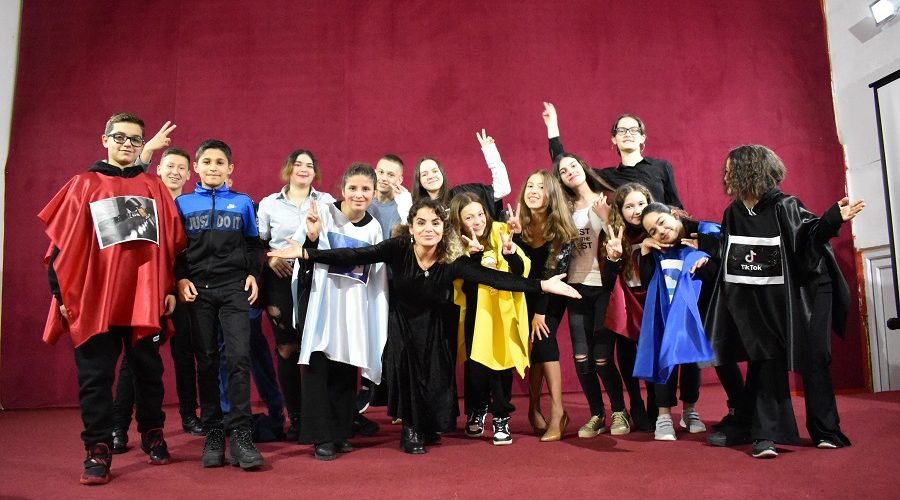 The play “Social Networks”, for the great impact on society

Social networks have already become part of our daily lives, but what is their effect on our real life. This is the topic addressed by the theater club of SHFMU “Asim Vokshi” in Pristina.

The forum theater performance “Social Networks” premiered in front of the public of this school on November 6. A student is already “living” only in his imaginary world – in social networks, losing almost all the sense of what surrounds him, and finds happiness “only there”. The first effect is seen in the decline of school attendance, but also the little time spent with family.

His situation causes problems in the family, on the one hand the mother shouts at him about the life he is spending on social networks, while the father supports him and does not see any danger from such a situation.

It was this clash and the student’s lifestyle that sparked debate with the public after the show ended, who advised the student to “get back to reality”.

This play was created under the mentorship of the actor, Edlir Gashi.