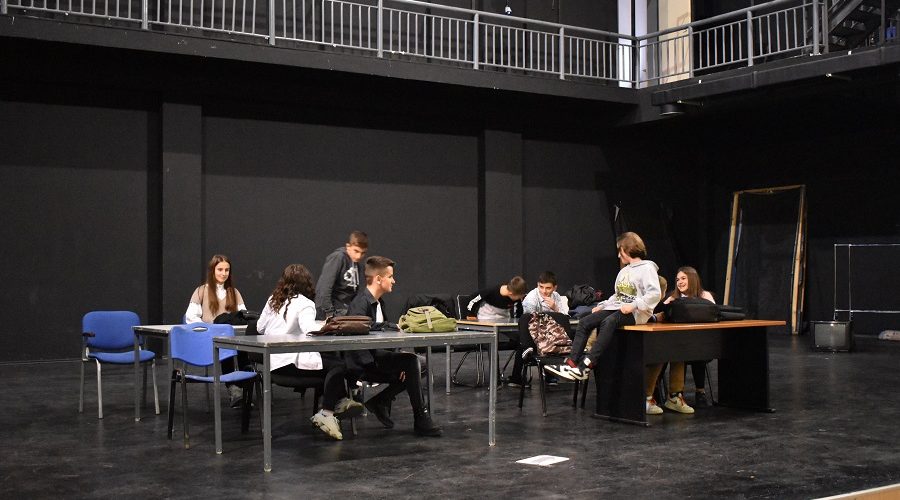 On November 18, 2021, the theater club of the champion school “Abdullah Shabani”, Carraleva of Shtime presented in the House of Culture the forum theater show “Corruption”.

Under the mentorship of actor Kushtrim Qerimi, students of this school addressed the topic of corruption and the negative impact it has on society. The event takes place on the school premises. As School Day approached some of the students intensified the rehearsals to create the best possible program for this important day. However, their plans fail when they realize that the program will be moderated by the same student as in previous years, who they are convinced does not even know how to read properly. But what revolts them even more is the suspicion of a corrupt affair of the class teacher, whom they saw standing with the parent of the moderator from whom he received an envelope, a few days before School Day.

Such a topic raised debate with the audience after the end of the show, who asked various questions to the characters on stage about the challenges they have to change the moderator, but also to find a common solution.

“This project is organized by Artpolis – Art and Community Center, with the support of GIZ Kosovo on behalf of the German Government”.