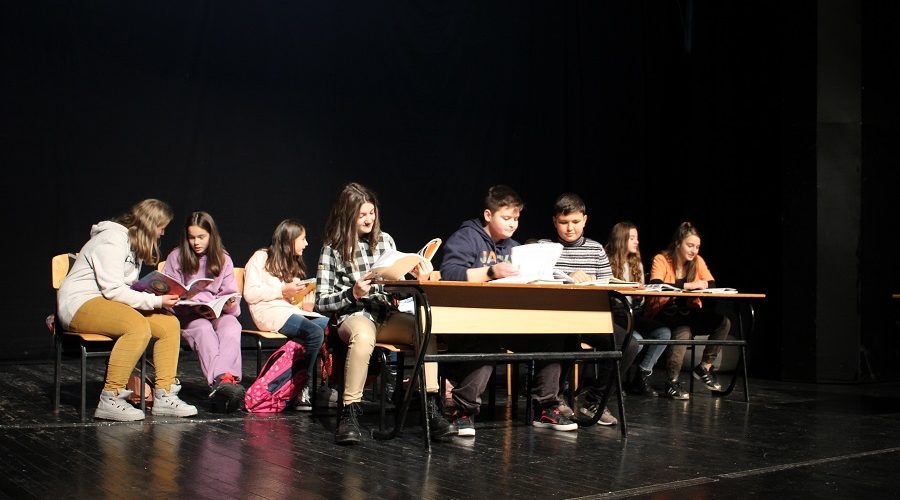 “Success after a failure”, the triumph of society over bullying

In the City Theater of Gjakova “Hadi Shehu” the students of the theater club of the champion school “Zekeria Rexha” on November 30, 2021 brought before the public the forum theater performance “Success after a failure”.

This play prepared by the students of this school under the mentorship of the actor Flamur Ahmeti, addressed the topic of bullying and its consequences. A talented student to play the guitar, despairs when his guitar breaks. Unable to buy a new one he finds a way to make money, go out on the town and make street music with his old guitar, but for this action he is ridiculed by some of his classmates. However, there are others who give him support by triumphing over the bullies, who are also persuaded to contribute to the purchase of the gift for him, the new guitar, as an apology for all the ridicule towards him.

After the show, the audience had the opportunity to ask various questions about the characters. It was the actor Armend Ballazhi who facilitated this play, helping the debate to focus on the play played by the students.